South African Self Storrage – Ripe for a REIT? 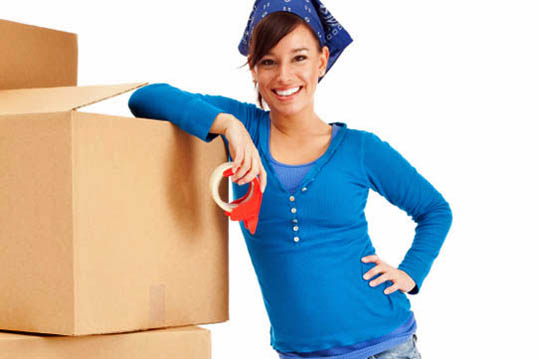 There are REITs (real estate investment trust) in the US buying up self-storage facilities, speculating their high investment potential in commercial property.  Which begs the question: is there much of self-storage market in South Africa waiting to form part of a REIT?

To give you an idea of self-storage REITs in the US, Real estate investment trust W. P. Carey Inc. has acquired three Florida self-storage facilities from Safeguard Self Storage for approximately $25 million. The purchase was made through CPA: 17 Global, one of W.P. Carey’s publicly held non-traded REIT affiliates.

“We believe that these are very well-positioned and attractive assets. The quality of the assets in combination with the capabilities of the Extra Space management team and our own experience in the self-storage sector makes us confident that this will be a good and stable investment for our investors,” said Liz Raun Schlesinger, W. P. Carey Executive Director

One may want to argue that self-storage is an American phenomenon. Not so. It is true that self –storage in South Africa was practically non-existent 10 years ago. However, a few agricultural-land owners began building 25 to 50 garages on their plots on city outskirts. They developed the properties in phases as they generated cash flow, building an average of 300 units per facility. These facilities enjoyed an average occupancy of 90 per cent and a decent rental income.

The residential market was the target market for most self-storage firms.  The consumer was largely unaware of the industry’s existence. Marketing was scarce and almost no value added services were included.  It was also extremely difficult to buy an existing facility as the original developers were getting excellent returns and had no motivation to sell. Nor were there any specialty self-storage property-management companies, or an association to welcome potential investors into the industry.

Many of these shortfalls have been rectified. There are now roughly 70,000 self-storage units in South Africa, with an average occupancy of 80 per cent, meaning 56,000 units are occupied at any given time.  As the self-storage industry grows in South Africa, it also evolves. Innovations have been introduced such as precast concrete building systems, which allow a 400-unit development to be completed in just six months at half the cost of brick buildings. Sectional title developments are also available for small investors, who can purchase and register any number of units in a facility, much like purchasing apartments in a complex.

Storage Genie, started by Father and son Herbert and Dylan Wolpe,  is in the process of finalizing deals with American steel-building suppliers to import buildings based on a unique joint-venture strategy. The idea is the buildings are supplied on a rent-to-buy basis. Storage Genie provides the land and management, and the building supplier shares the revenue and future profit from resale.

The South African self-storage industry ranks fifth in the world in terms of the number of operating facilities, according to SASSI. Based in Cape Town, the company promotes the development of and investment in institutional-quality self-storage assets throughout South Africa. Pritty Woman

“The S.A. self-storage sector remains highly fragmented, and recent market turmoil could have the effect of hastening the first round of consolidation or hindering its progress.” Gavin Lucas of ISS (Inside Self-Storage) Depressed market conditions mean there is less capital to support an attempt to take the industry through an initial consolidation. However, the distressed trading environment will also present the opportunity for an established operator with the correct business model and platforms to acquire facilities that are struggling due to their own inefficiencies.

We may not be quite in the ballpark of REITs for self-storage yet but  the self-storage industry is pregnant with possibilities and waiting for savvy players to swoop in and make a go of an industry that shows a great deal of promise both for expansion and investment potential.