Despite both Chile and South Africa battling with the problem of housing, each country has its own unique circumstances, whether historical factors, political, financial or geographic influencing the character of their housing challenge in a singular way. To quote a specialist in the field – “There is no such a thing as a successful recipe which must be learned and then applied everywhere.” De Souza (2003). But this doesn’t stop South Africans learning a few lessons from Chile, among others.

Section 26 of Chapter 2 of the Constitution enshrines a citizen’s right to adequate housing. The South African Government in an effort to realise this right for all South Africans has built over 3 million subsidised housing units since 1994. Current estimates of the backlog stand at about 2.1 to 2.5 million units. It is estimated that approximately 12 million people were still without adequate housing.

In Australia it’s: “…reasonably adequate in standard and location for lower or middle income households and does not cost so much that a household is unlikely to be able to meet other basic needs on a sustainable basis.” As it turns out most countries in the world have their own tailor-made definition.

A commonly accepted guideline for housing affordability is a housing cost that does not exceed 30% of a household’s gross income. In Canada that’s 25% and India  40% for example.

Chile had the first, and best known, example of a capital subsidy scheme for housing. It was first introduced in 1978, and was subsequently widely replicated by other countries in Latin America, for example, Costa Rica (1987), Colombia (1991), Paraguay (1992) and Uruguay (1993). South Africa’s housing subsidy scheme introduced in 1994 was also partially based on the Chilean model. There are problems with the capital subsidy model, but generally the experience of developing countries that have implemented this is that it has been considerably more successful than the public provision of housing in the past and that “the capital subsidy model  a la Chile and Costa Rica continues to represent current best practice” (Gilbert, 2004: 16)

The biggest weakness with capital subsidies and a good lesson for South Africa has been that the whole rationale behind choosing this type of easily-budgeted-for subsidy, as opposed to the open-ended subsidies associated with public rental housing, is generally to restrict government expenditure. As a result, resources allocated are generally inadequate, which means that too few subsidies are delivered and the subsidies are of insufficient size to provide good quality housing on well-located land. Only where housing has been made a priority and has been adequately resourced, as in Chile, has there been success in reducing housing backlogs.

Chilean housing policy is widely regarded as being successful: “Chilean housing policy is exemplary. It is meeting many of the goals set by all developing countries, such as bringing an end to the illegal occupation of land, providing housing solutions for all families that need them (including the poorest), and making basic services available almost to the whole population” (Ducci, 2000). Two of the many policy success stories in short are: sustainable allocation of resources and having a range of subsidy options and subsidy types. Worthwhile lessons for any country.

On the down side Chile’s housing policy has been criticised for its many poor locations of its housing projects. For example on the edges of cities with it’s obvious transport and facilities shortages among other things.

Social Problems there are increased problems of violence and insecurity in the new housing estates and low levels of community cohesion and participation.

Lack of an integrated development approach: Due to a housing-only policy emphasis, there is a lack of economic activity in new housing projects – they are basically dormitory suburbs.

2010’S BRIT INSURANCE DESIGN AWARD FOR ARCHITECTURE WENT TO ELEMENTAL’S AFFORDABLE, AND ADAPTABLE, HOUSING PROJECT IN MEXICO, SKIPPING OVER BIG SHOTS LIKE ZAHA HADID AND JAMES CORNER. USED TO BUILDING IN CHILE, THIS WAS THE FIRST TIME FOR THE COMPANY TO BUILD IN MEXICO.

The dominating role of big construction companies in Chile has resulted in a lack of participation by communities, which in turn has resulted in new subsidised housing that sometimes does not meet the real needs of low-income people, especially in terms of location.

There has been government reluctance to evict beneficiaries for fear of a political backlash, so there are high arrears (over 60% of loans are in arrears of over three months); so many loans effectively end up being converted into grants (Rojas, 1999)

In South Africa on the other hand, challenges included a slow standard of delivery. Something Chilean homes are never accused of.  Homes have had to have been demolished or repaired due to poor workmanship. This is not only inconvenient for government and residents but causes demoralisation among both communities and local government.

It’s not news that ownership creates civic pride which ultimately raises the value of an area as people attend to their own homes. So encouraging a system where homes are affordable and not just as a result of a grant continue to be a worthwhile model to continue with down the road. 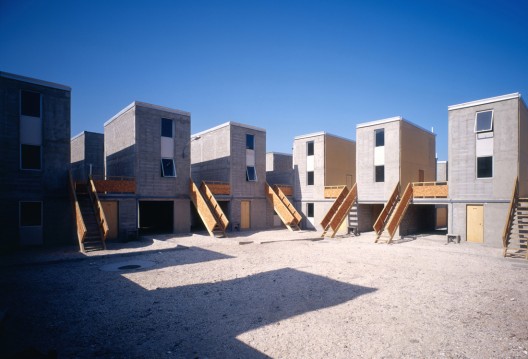 Integrated developments as seen in the Chilean challenge above are vital to avoid projects from becoming merely dormitory like nodes with no sense of community. Retail needs to be mixed into communities to encourage local secondary markets to thrive returning investment into the community.

Chilean official realised early on the need to meet with local communities. History has shown that target groups reject the final product when they are not consulted. Government feels the work they have done is unappreciated and thus consults even less. This vicious cycle results in civil unrest and endless delays in creating communities of affordable housing.

There seems to be conspicuous absence of any substantial dialogue and engagement between government and civil society around the shape and content of housing policy and its practical application.  In order for affordable housing to thrive in South Africa we would do well to learn from those who have pioneered the way before us. Chile has not got it all right but where they’ve done well we can learn from and where they have failed should be adequate warning for us.

I'm a freelance writer and researcher. I have written for periodicals and websites, composed speeches and sermons and prepared copy for web advertisements and research papers. I can tailor my work according to your needs. I love a challenge and enjoy building work relationships.
View all posts by Matthew Campaigne Scott »

This site uses Akismet to reduce spam. Learn how your comment data is processed.