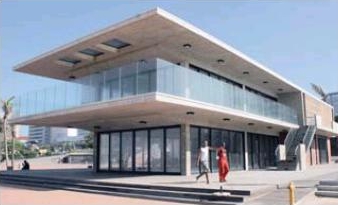 Back in 2010 there were pessimists and optimists arguing it out over the potential embarrassment or pride at the outcome of eThekwini’s plans to pretty up the beach front and revamp its facilities for international guests coming to town for the world cup. The optimist won, projects were completed on time and even the pessimist were impressed with the outcome. But alas three years later there remains a big nasty wart on the pretty beachfront’s comely face.

Last month the sustainable development and city enterprises department tabled a report before eThekwini Municipality’s Executive Committee (exco). In short the report confesses that the tender process for the beachfront restaurant facilities has failed.

The report reveals that more recent interest in the facilities leaves potential tenants unimpressed and dissatisfied with the tender process. The two main bones of contentions being: 1) Experienced restaurateurs consider the unfamiliar process to be excessively complex and lacking engagement, whilst, 2) Large retail property owners follow the public tender route for the tenanting of retail space because tenant mix is never left to chance. Exco has now responded by planning to approach restaurateurs directly.

The beachfront restaurant facilities costs the metro R64 000 a month for maintenance and security. Unfortunately the facilities have deteriorated due to neglect and vandalism and now need to be refurbished.

It’s not like the facilities are poor or inappropriate. There is a reasonable range of amenities with small kiosk-like spaces that could accommodate tuck-shops and curio/beachwear businesses which go for as little as R1000 to R3000 a month, to potential high-end and franchise ready facilities with monthly rents ranging from R40k for 300sqm of floor space to R60k for 500sqm of floor space. Commentators in the industry aren’t faulting any of that.

However when examining these rents one ought to take into account that trading is generally only while the sun is up, from roughly 6am to 6pm. People don’t feel safe to come down to the beachfront at night. If the city wants to attract restaurateurs they are going to have to, cut the red tape, improve security, and bring rents down so they can make a profit and be willing to put their roots down.

There’s no argument about the Durban beachfront infrastructure – it’s world class. What’s required for beachfront restaurants to work is to get large numbers of people down en mass. Although the rents seem competitive compared to higher priced shopping centres, it’s the sheer volume of the foot traffic that a shopping centre can offer that compares.

There is something very discouraging to potential investors in local property and that’s a white elephant. In short the bureaucratic nature of the tender process is partly at fault for their empty structures and eThekwini will have to give potential patrons a reason to go to the beachfront at night for the facilities to seem viable to prospective restaurateurs.

I'm a freelance writer and researcher. I have written for periodicals and websites, composed speeches and sermons and prepared copy for web advertisements and research papers. I can tailor my work according to your needs. I love a challenge and enjoy building work relationships.
View all posts by Matthew Campaigne Scott »

This site uses Akismet to reduce spam. Learn how your comment data is processed.